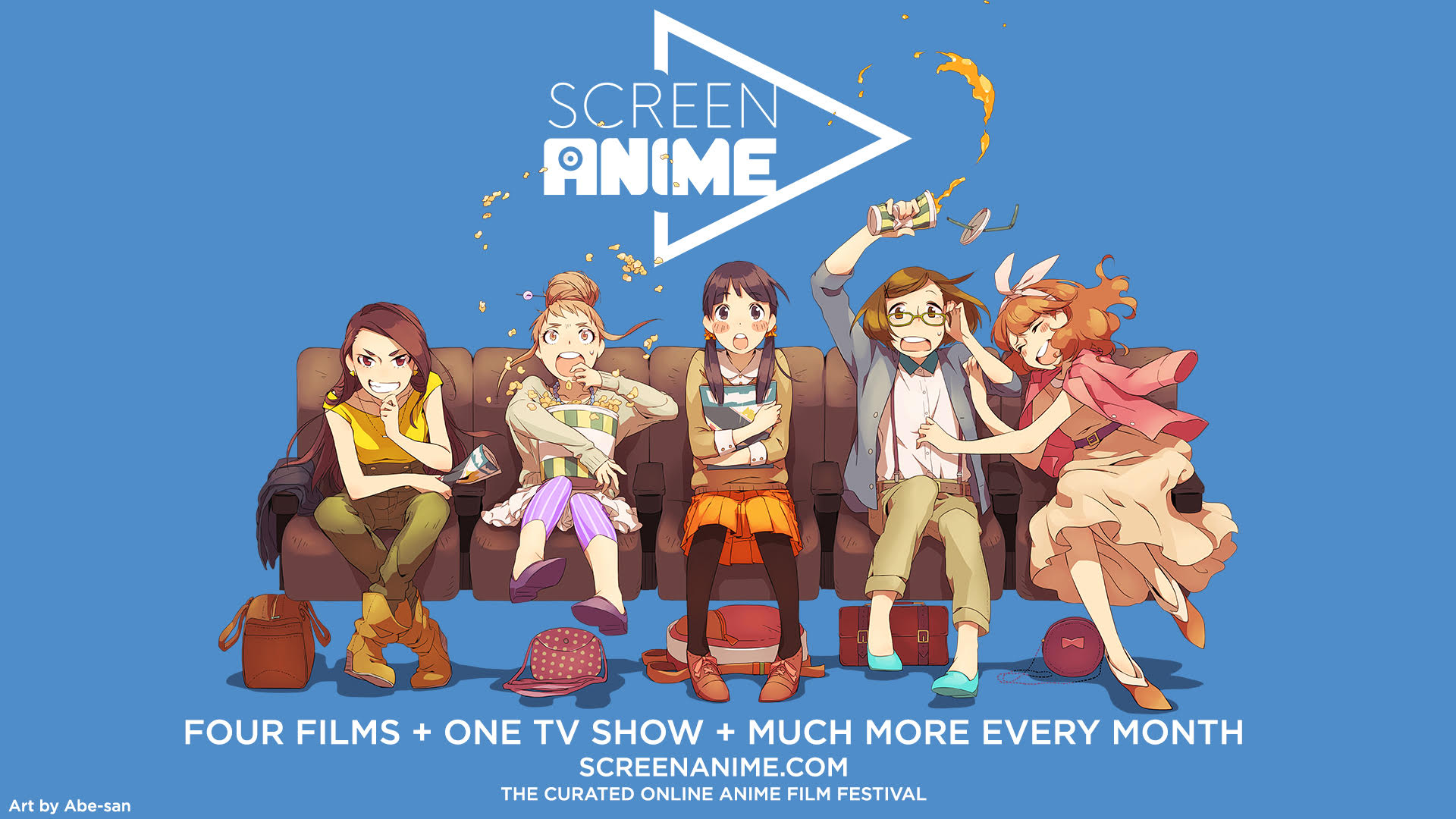 
Anime Limited has announced that on 25 May, it will be launching Screen Anime, a new online film festival offering a curated selection of four films, one bingeable TV series and more each month for £3.98/mo or for a reduced £39.98/yr.

“Ever since founding the annual Scotland Loves Anime Film Festival, showcasing the best in theatrical anime has been a passion for me but how to keep doing that during this ongoing global situation we find ourselves in?” said Andrew Partridge, CEO of Anime Limited explains the inspiration of Screen Anime. “The answer was to take the film festival experience online and at the same time address a gap we recognise from fan feedback in how theatrical anime is released to date.”

The festival will include premieres like the wild action sci-fi PROMARE as well as opportunities to explore anime’s expansive history with classics like Royal Space Force: The Wings of Honnêamise.

It will also include proven festival favourites like the upside-down fantasy world of Patema Inverted, and PROMARE’s prequel short Side Story: Lio, as well as an interview with Penguin Highway author Tomihiko Morimi.

You can also join Screen Anime on weekly watch-alongs. Join them on Twitter from 7:30pm on Thursday 28 May for Penguin Highway with the hashtag #ScreenAnimeParty.

Screen Anime will be available in the UK & Ireland via web browsers. Apps for TVos, iOS, Android & Amazon will follow over the coming months.

Check out the line-up for yourselves below…

Leave your brain at the door and get caught up in the wild ride of Galo Thymos in this over-the-top action fest of vibrant colours and giant robots – PROMARE has it all.

BONUS: Side Story Lio – a 10-minute prequel short about Lio Fotia, the leader of Mad Burnish.

When cute penguins start waddling into a rural Japanese town, it piques the interest of the ever-curious schoolkid Aoyama in this cute, Studio Ghibli-esque coming-of-age story with dashes of science fiction.

Fall into the sky with the sheer escapism of a topsy-turvy fantasy that will challenge your perceptions. Winner of the 2013 Scotland Loves Anime Jury and Audience Awards.

Blast off to new frontiers with this landmark feature in anime history, whose English dub features the voice of Bryan Cranston in this debut work of Gainax, the iconic studio behind Neon Genesis Evangelion.

A full TV series will also be available as part of the festival – details to follow.

The festival will launch on 25 May, for more information, head on over to Screen Anime.