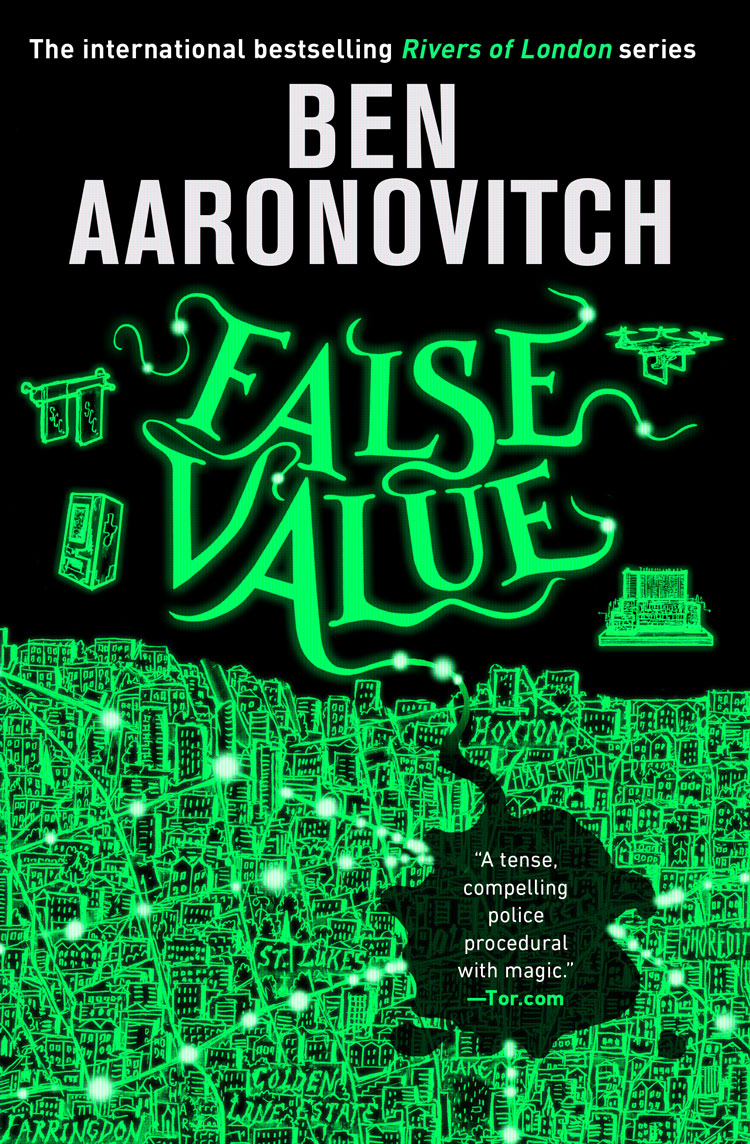 Wonderfully blending technology and magic, Ben Aaronovitch’s Rivers Of London series focuses on the adventures of Peter Grant – a Met police officer who works in a very special department: dealing with strange and unusual crimes of a magical nature. Luckily, Grant is both a police officer and a wizard, which makes him incredibly suited to the job. However, it also means that his world can become tricky to say the least.

False Value is the eighth book in the series, and this time around Peter finds himself going undercover in trendy techy east London investigating strange goings-on around one of the many genius entrepreneurs that inhabit the Old Street Roundabout.

Aaronovitch creates a fantastic blend of real-world London, harbouring a secret magical underground, delicately interwoven with an alternative history that touches on the origins of computer programming and the work of Ada Lovelace and Charles Babbage. Anyone familiar with the real city and the history of IT will no doubt find themselves double-checking Google Maps and Wikipedia.

The story begins with some back and forth, time-hopping for the initial set up, which is perhaps not the most elegant example, but once we hit the meat of the plot, the pace picks up and never lets down.

We are treated to a diverse group of characters, new and old, all of whom feel instantly recognisable and familiar though rarely stereotypical.

False Value is a solid crime/detective novel that provides fans of the series with another entertaining adventure for Peter Grant complete with dark humour and explosive action.

False Value by Ben Aaronovitch is out now from Gollancz.