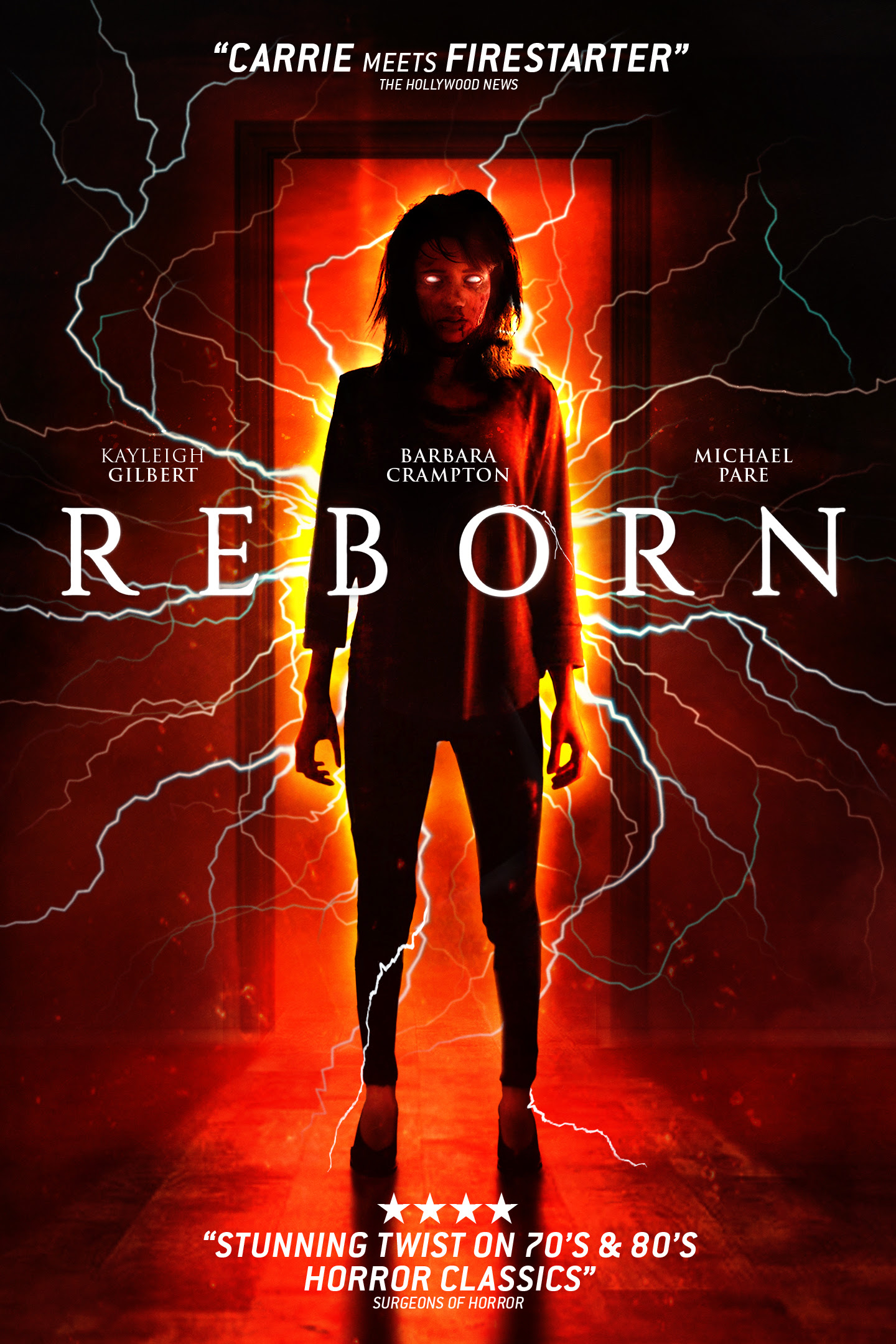 Sixteen years after suffering a stillbirth, actress Lena O’Neill (played by Barbara Crampton – Re-Animator) is (obviously) surprised to find the daughter she thought she had lost turn up at her doorstep. However, this won’t be the miraculous reunion Lena envisioned.

You see, her daughter Tess (played by Kayleigh Gilbert), has lived a pretty tough 16 years after she was kidnapped from the hospital that declared her dead and she is filled with an uncontrollable rage against her mother and generally against the world around her. Oh, and Tess also has the power to manipulate electricity – an ability she won’t be putting to good use.

Pretty soon Lena, along with Detective Fox (Michael Paré – playing a cop cliché with an uncanny ability to be in the right place at exactly the right time), have to stop the young girl before she destroys everything around her.

With themes reminiscent of other fellow angry-young-girl-with-terrible-power films such as Carrie and Firestarter, Reborn unfortunately doesn’t really come close to either. Fair credit has to be given to the film for exploring complex themes like abuse, kidnapping and the desperate heartbreak of a stillbirth, but it just isn’t engaging enough to do those themes any real justice.

Although Crampton turns in a solid performance and Gilbert’s portrayal of the damaged Tess help keep the film relatively watchable, the script is uninspiring, the characters are one-dimensional and the pacing feels clunky – making the relatively short 80 minutes of this film feel way longer.