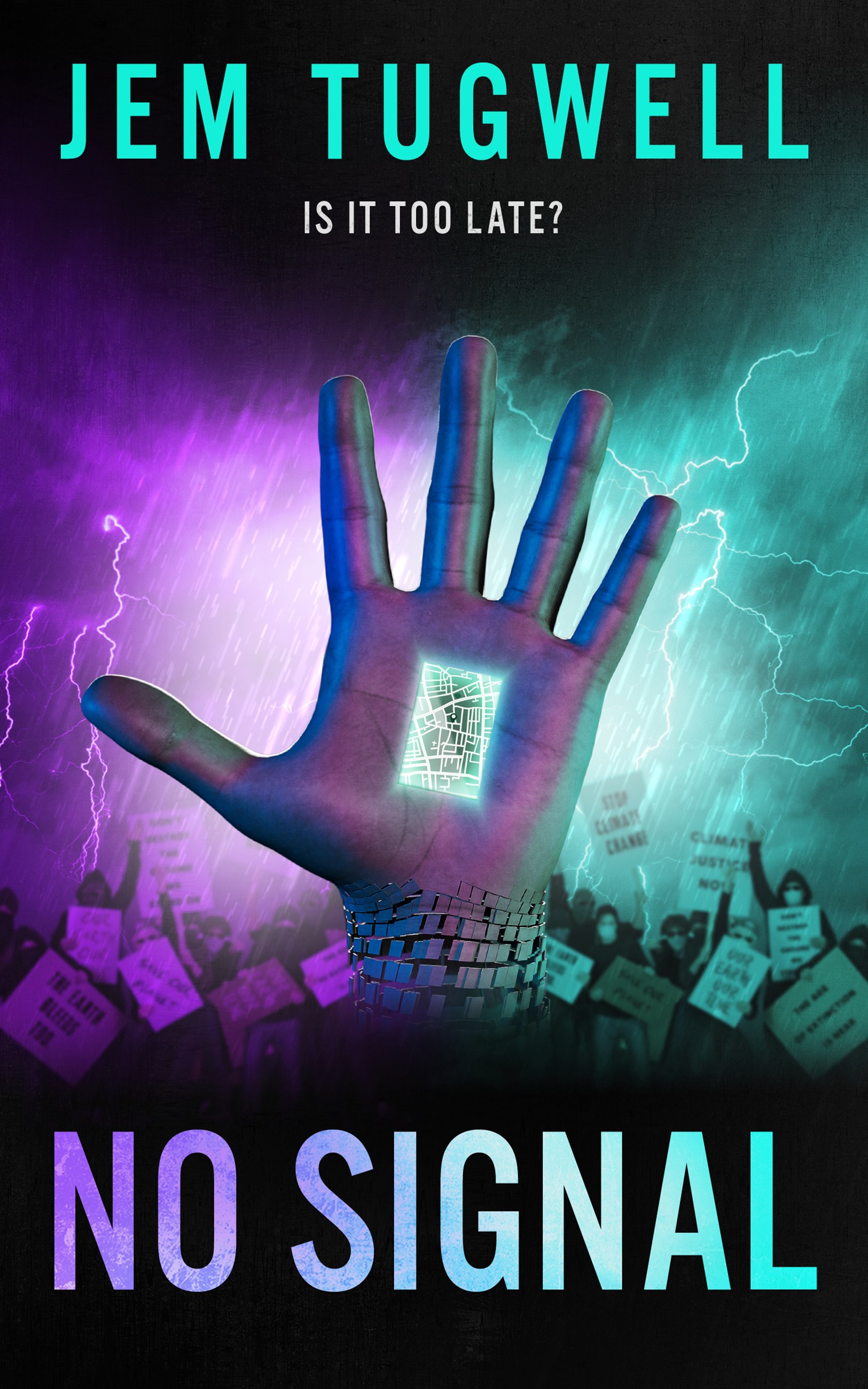 It has been a year since the events of Jem Tugwell’s first book in the iMe series, Proximity, and for Detective Inspector Clive Lusaac the world is back to normal. Now that the iMe system (which controls everything in the UK via compulsory implanted smart devices in the country’s citizens) is working flawlessly again, there is nothing much for him or his partner to investigate. The system that automatically tracks everybody’s location has made most detective work redundant, reducing it effectively to a quick search of someone’s Google Maps history.

However, while most people in the UK accepted the forced implementation of iMe willingly, for some the idea of handing over complete control of their lives to a glorified smart phone was always a step too far. At home and abroad factions of a resistance are building but so too are the fanatic churches in search of becoming the model citizen.

With No Signal, author Jem Tugwell is completely comfortable in the world and narrative he built in Proximity and brings a fresh perspective to it from the outside in; carefully pushing the story in new directions and broadening the scope of a potential future governed by an uncomfortably invasive new technology. This time the story focuses on an audacious augmented reality game that is to be played on a forbidden island. The rules, the players and the objective are shrouded in mystery, but the stakes are high and for some this will be more than just a game.

Tugwell wraps his ideas on the future of technology inside the jacket of a traditional crime thriller to great effect. Although characterisation can border on stereotyping, it provides the author freedom to press the reader into exploring a multitude of complex moral quandaries and he does so with a lightness of touch that gives ideas time to breathe while never losing sight of the plot. The ramifications of an entire society leading longer and healthier lives are deftly unpacked on one page while the corruption of idealism is swiftly uncovered on the next.

As a sequel to Proximity, there are shortcuts in the exposition that help to strip the novel of the weight of world-building while never letting it feel glossed over or incomplete. No Signal is a lean, fast-paced page-turner of a detective story that leaves you perpetually feeling like you’re just one page away from solving it. The real delight of the book comes not just from seeking to solve the mystery but from the opportunity to uncover new corners and unexplored textures of a fully possible future.

With a carefully crafted plot that twists and turns within a multifaceted future, No Signal, raises the iMe series to a whole new level.

No Signal by Jem Tugwell is available now from Serpentine Books.