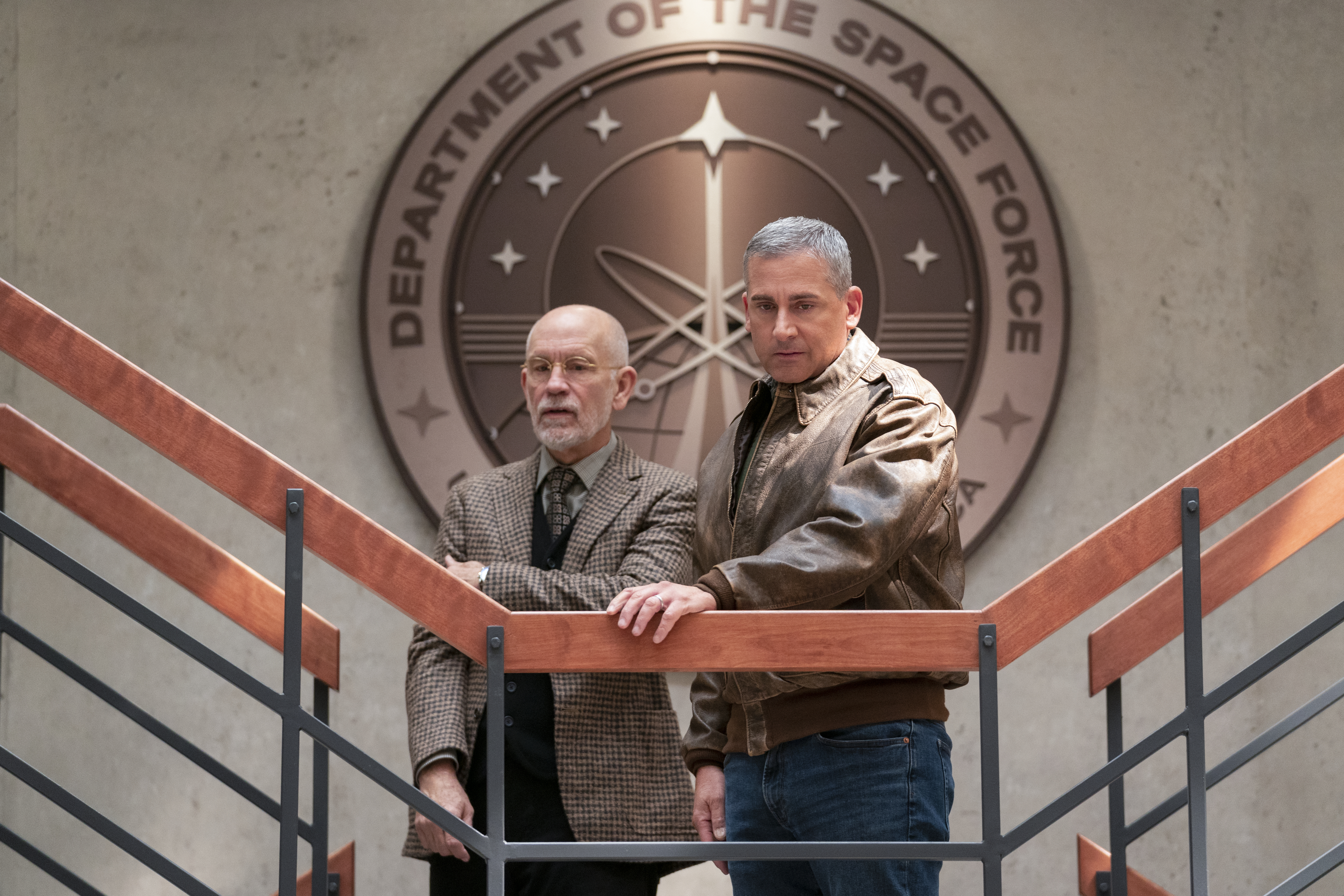 
We think we understand the fine line Space Force is trying to tread – a balancing tightrope act between ‘charming workplace comedy’ and ‘current political satire’. Unfortunately it’s not quite witty enough for it to be an effective satire and it’s not really funny enough to be a laugh-out-loud comedy either. However, there are certainly moments of charm.

Created by The Office co-creator Greg Daniels and Steve Carell (who also stars as the central character), Space Force as a show doesn’t really match its credentials which, when considering its stellar cast, is a real shame.

The show centres on Carell’s character, General Mark Naird, a recently-minted general with high aspirations. However, he gets lumbered with a newly-developed branch of the US armed forces named Space Force – the objective of which is to have ‘boots on the moon by 2024’ and effectively militarise space. With that, Naird, head scientist Dr. Adrian Mallory (John Malkovich) and the Space Force team race to set up base on the moon before other countries do (because other countries are also suddenly desperate to militarise space we guess…).

The fact that this sounds like a comedy show but is, in fact, quite awkwardly real (President Trump addressed the development of a ‘space force’ back in 2018, calling space a “war-fighting domain just like the land, air, and sea”) puts a slightly bitter edge to some of the farcical elements to the show. Its ‘fictional’ president, for instance, randomly Tweets out eccentric demands (sound familiar?), which just get sillier and sillier.

This ‘silliness’ is one of the big problems with the comedy and upends the satire as it goes a little too far. For example, while Naird is a decorated general and played generally straight by Carell – juggling the demands of a no-win-situation job and a family that is breaking apart – there’s also a whole episode where Naird is instructing a chimpanzee to repair a space craft.

Carell is great in the role – playing the gruff general with a big heart – and he’s surrounded by a wonderful cast, most notably Malkovich who, of course, lights up every scene he’s in. They’re joined by sitcom royalty including Lisa Kudrow, Ben Schwartz, Noah Emmerich, Jane Lynch and the late, great Fred Willard (who gets a lovely mention in the first episode). However, the cast are generally underused and underdeveloped – Kudrow plays Naird’s incarcerated wife (we’re never told why) and we would have liked to have seen this explored more, while Lynch and Emmerich pop up every now and then for no real apparent reason.

The line Space Force is trying to tread is a little too precarious and, well, busy, to balance throughout properly but that’s not to say it doesn’t have charm. There’s a giant heart at its centre which makes us optimistically believe it has legs for a second season. Besides, there are many great comedy shows that have a shaky first season – maybe this is one of them?

Space Force is available to stream now on Netflix.