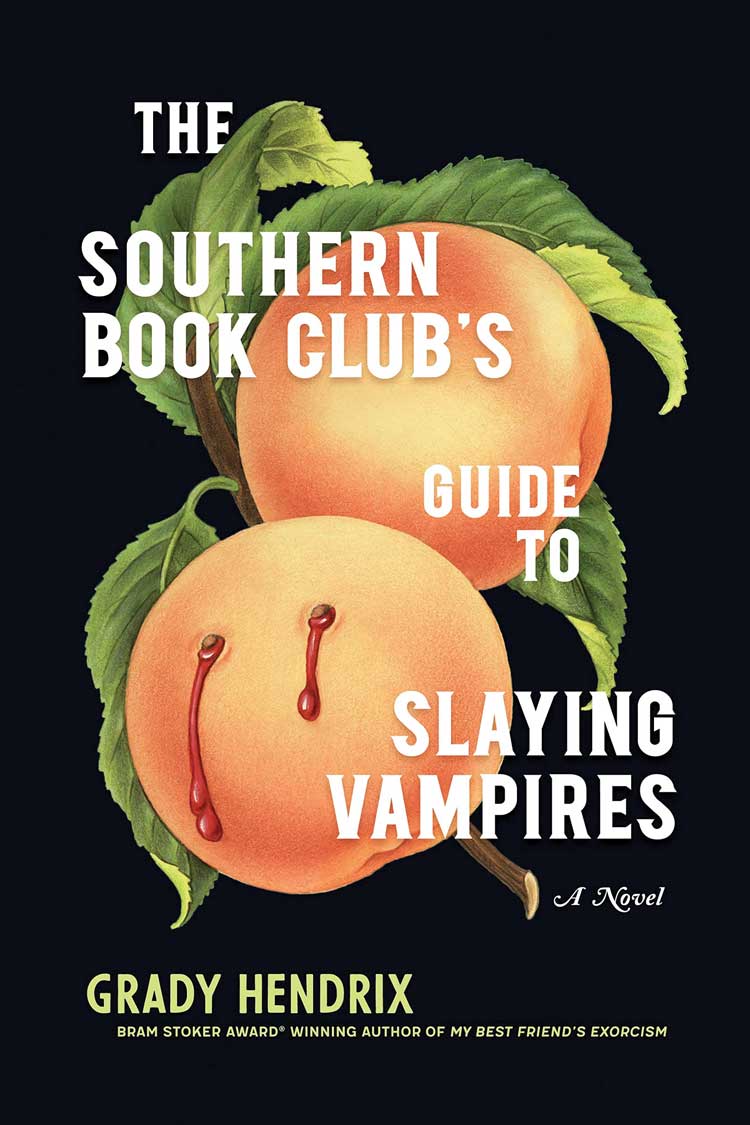 When you hear “vampire slayer”, you probably think of a certain blonde teenager. But what the women of the Southern Book Club have in common with Buffy – aside from their bloodsucker problem – is that they’re living in the Nineties.

In South Carolina suburbia, a group of bored housewives bond over a shared love of the macabre. They’re fascinated by murderers, real and fictional. When a stranger moves into their manicured neighbourhood, Patricia, Grace, Kitty, Maryellen and Slick are charmed and welcoming. Until children start going missing. Then, they use their true crime expertise to fight a threat no-one else notices…

The choice of protagonists is inspired: the skills that make these stay-at-home mums great at taking care of their households are invaluable when facing the undead.  Hendrix doesn’t shy away from exploring the racism and classism these women have absorbed throughout their privileged lives.

Invoking Buffy seems appropriate, as the cheerleader with a stake in her hand was a deliberate attempt by Joss Whedon to upend horror clichés. Here, Hendrix does the same for middle-aged homemakers, asking his readers to re-evaluate their assumptions about these women.

Smart, scary, and sympathetic, without skimping on horror, this is a novel any book club should savour.